From We Are Iowa News: The theme of the festival was fall, family, and fun. … Gov. Reynolds has nine grandchildren and says family values are top on her list. … That’s why she says this event was based on neighbors and loved ones coming together, not over politics.

“Well we just came out to support Kim, we all love what she stands for, what her vision for the of state Iowa. And I love that she is doing something so fun for families.” says Alyssa Hanson, a volunteer at the event.

From Radio Iowa: [Republican Party of Iowa Chairman Jeff Kaufmann] said Reynolds “is going to hold solid” on the GOP’s recent legislative achievements, including the roll-back of union bargaining rights.

From the Cedar Rapids Gazette: “I have every confidence we have the right candidate, the right message and the best grassroots support to win the governor’s race in 2018,” Grassley told the gathering. … “Gov. Reynolds can play hardball with the best of them. That’s because she has a soft spot for Iowans who work hard to get ahead and to stay ahead,” Grassley said. “She’s a bright star for our party and a shining leader for our state.”

At Saturday’s fundraiser at the Iowa State Fairgrounds, Jeff Kaufmann, chairman of the Republican Party of Iowa, predicted his party would retain Iowa’s governorship in 2018. 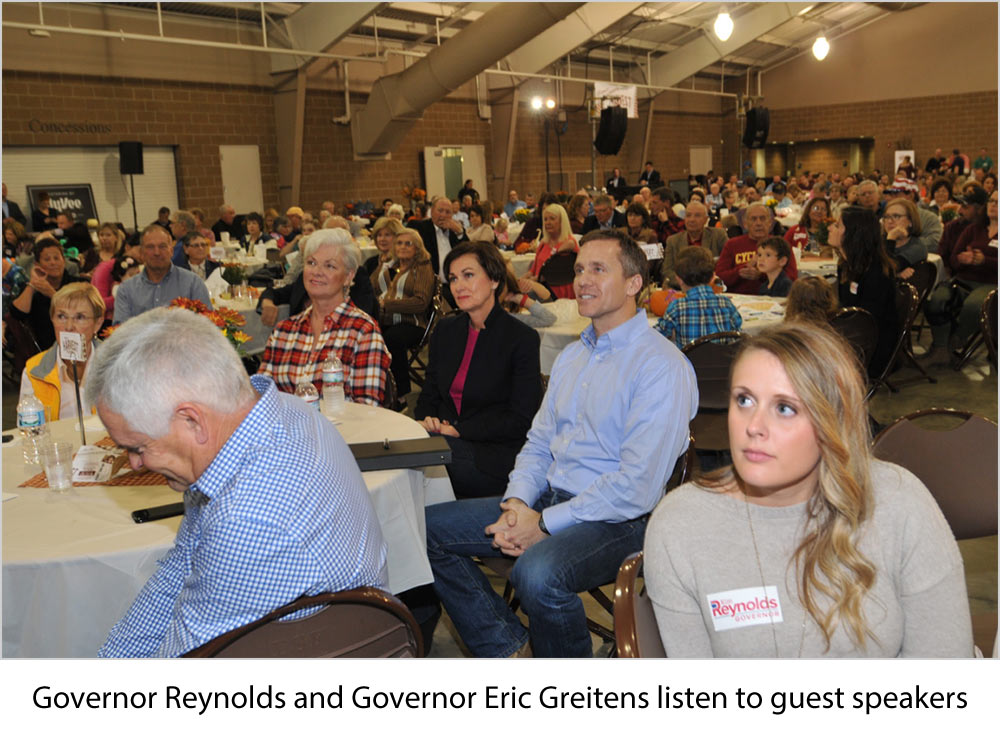 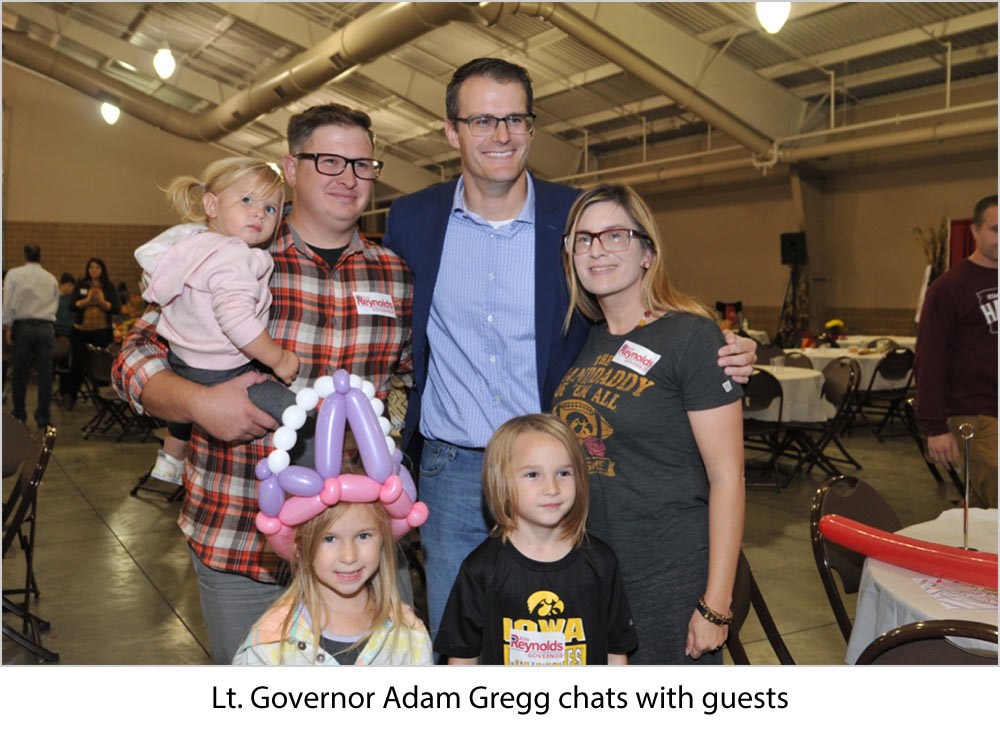 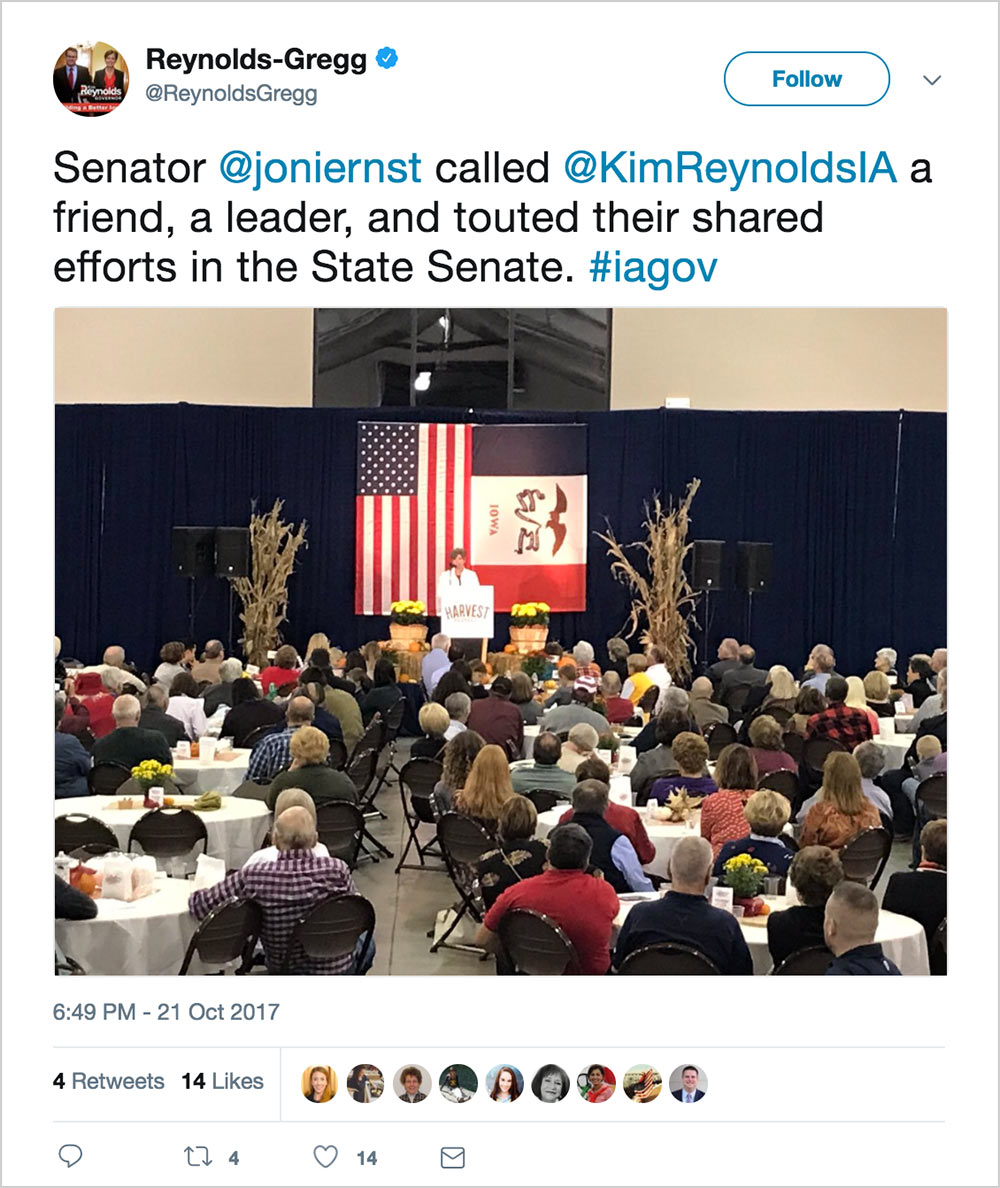 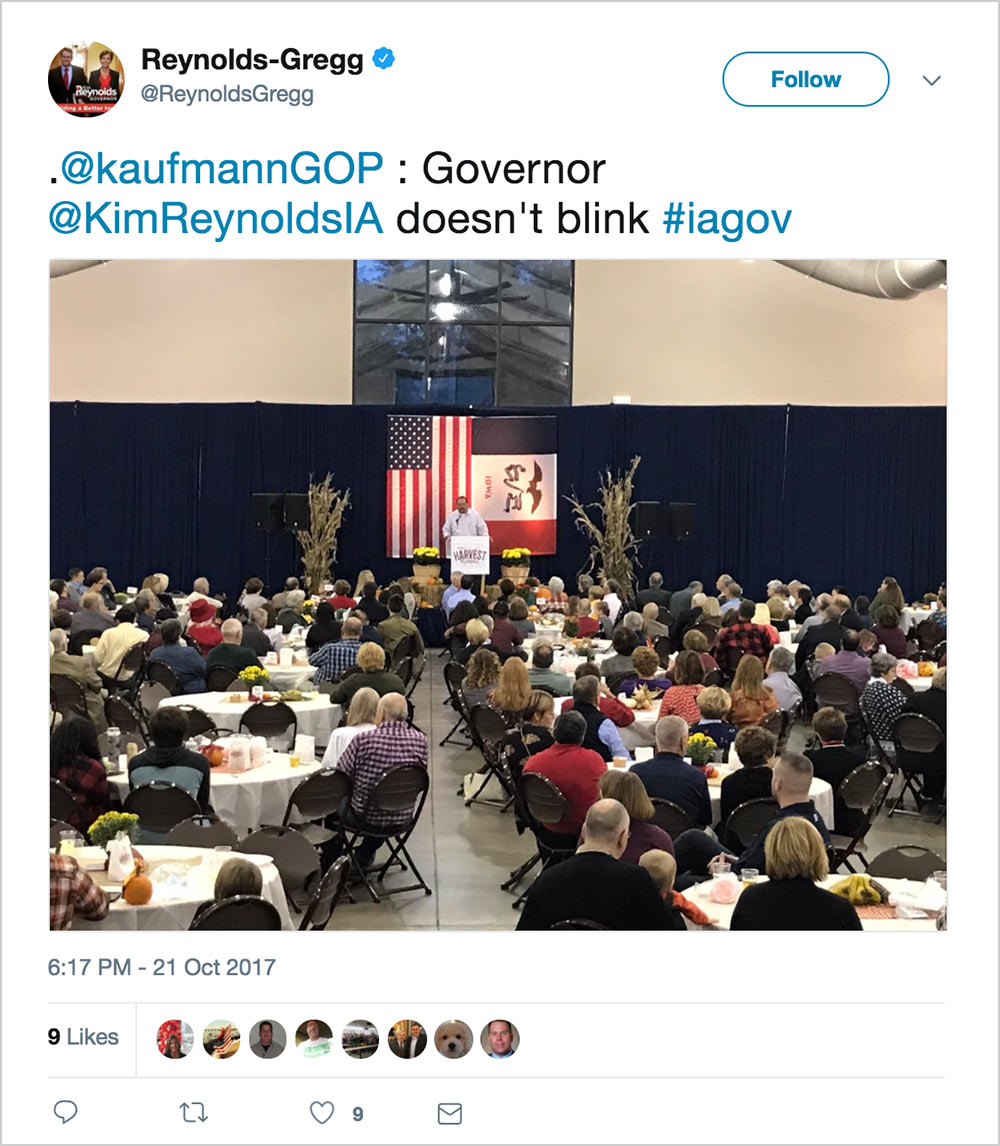