Today the Reynolds-Gregg Campaign released a 30-second digital ad titled, “Innovate.” The video highlights Governor Kim Reynolds’ goal to provide Iowans with a 21st Century Education that will prepare Iowans for the jobs of today and tomorrow. The latest video is part of a series of digital ads highlighting the Governor’s background, Iowa values, and vision for building a better Iowa.

Watch the video here or click on the image below. 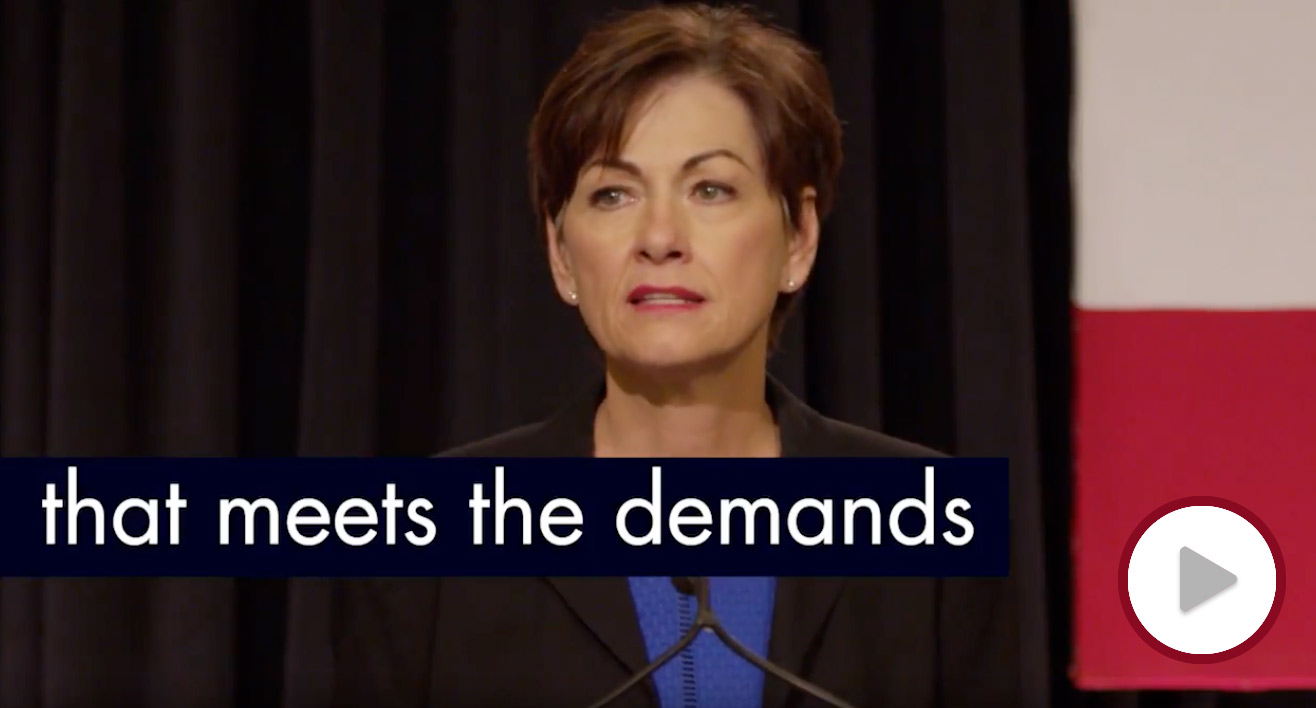 It was recently reported by the Cedar Rapids Gazette that K-12 Education funding in Iowa has increased saying, “total state funding per student, adjusted for inflation, increased 20.6 percent from 2008 to 2015.” This is the fourth highest in the nation. While the national trend has been to decrease state aid to schools, Iowa has continued to increase this investment.

Governor Reynolds recently laid out her priorities for Future Ready Iowa, which is focused on bringing together educators, industry leaders, and economic development to help middle-class Iowans get the skills they need to work in the jobs of today and tomorrow. Implementing these recommendations is a top priority in the coming legislative session.

The Governor and Lt. Governor’s campaign has been rapidly organizing all over the state of Iowa. The campaign has recruited 3,500 county chairs in all 99 counties and that number continues to grow each day. The campaign is Co-Chaired by Senator Chuck Grassley, Senator Joni Ernst, Congressman Rod Blum, Congressman Steve King, and Secretary of Agriculture Bill Northey. This impressive team further shows that Iowa’s conservative movement is united behind Governor Kim Reynolds and Lt. Governor Adam Gregg and their vision to build a better Iowa as well as help elect Republican leaders up and down the ballot.